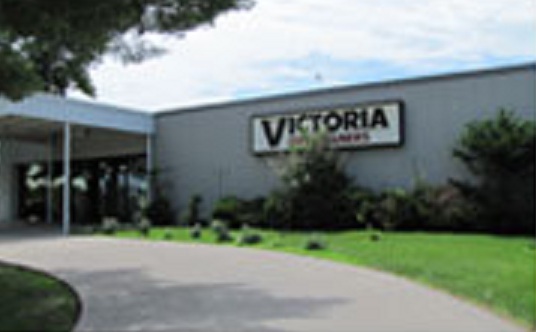 I, like most of you, tend to ignore directions: "Service engine soon." "Never feed Mogwai after Midnight." "Vote on Tuesday."

"Dry clean only"? You only have to wash a suit once to know that conformity has its place.

My dry cleaner of preference - my brand new favorite extra special groovy crib for getting the stink and wrinkles outta fancy-schmancy duds - is Victoria Cleaners, at 2164 108th Street in Clive.

This became so about four weeks ago, after calling every cleaner in town to see who wasn't so pressed for time on a Friday that they couldn't dry clean (my lucky) dress pants and have them done by Saturday, for a last-minute meeting.

Victoria Cleaners was it. That made VC great, out of the gate.

But if they were frowny and pouty and mean and American TV-ish and stuff, I'd go back to the frowny, pouty, mean dry-cleaner that couldn't churn and burn, but was closer to my crib.

Just the opposite. Jeff, at the counter, made me want to return with Mr. Lucky Pants, and bring his friends.

Jeff greeted me with a huge "Hi! How are you? What can we do for you?" delivered through a smile that he meant. He engaged me in personal chit-chat while he keyed in my britches. He also thanked me at the end, and added, "Have a nice day, Jon!"

Was this (light starch) Heaven?

I returned a week later with more clothes, and Jeff was just as nice the 2nd time. Another visit had Yoisi at the counter, who was just as smiley and engagey as Jeffey. I also noticed that the employees who were walking around behind them, busting their rumps to get stuff pressed and hung were doing so with smiles on their pusses. It was like Build-A-Bear meets Perchloroethylene.

Now I wear two shirts, two pants and two ties to work, which means more VC visits. Yeaaa! Their new branding statement is: It's right. It's ready. It sucks, sure, to dry clean other people's gross dirty duds for 12 hours a day, but why not do it with a smile?

The Ackley native and 11-year owner of Victoria Cleaners (seven locations in Des Moines, plus provides dry-cleaning for Dahl's) sat down and chatted about his very simple customer service philosophy.

"Be nice to customers, and they'll keep coming back to us, even if somebody else has a ten-cent shirt."

That attention to "happy" vs. "cheap" is one of the likely reasons Victoria Cleaners has been helping us Des Moines folk look our best for 70 years, although the Ackley native and CPA only accounts for the past 11.

"I wanted to be a business owner, something in manufacturing," he said. "This was the next best thing."

While building and maintaining a dry-cleaning empire has been more of a struggle in these recent economic times, Thuente says, "We've seen it come back in the 2nd half of 2010."

Part of that success is due to a recent commitment to a more proactive approach to customer service.

"We have monthly manager meetings, which focus on how we can do a better job with customers," he said. Thuente has also hired an outside consultant (not yours truly) to do some customer service training with his 30 plus staff members.

That, says Thuente, also helps head off problems down the road.

"If you are a customer long enough, we're going to have an issue," he admitted. "But if you like the person at the counter, you'll come back, even if they build another cleaners between you and us."

Build away. It looks like this happy crew is ready to be pressed into action. 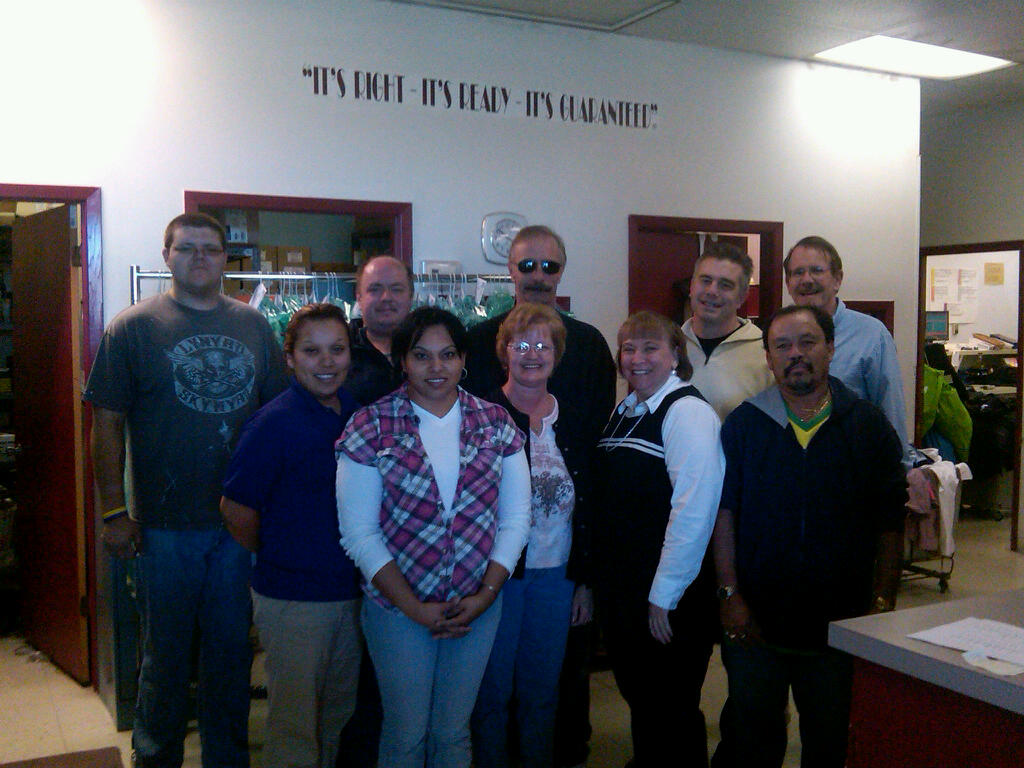