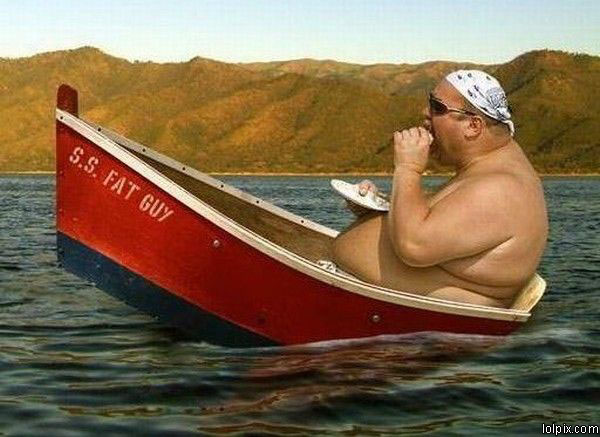 What I like about it: The fact that no one read it

What I learned after writing it: That friends lie

Yes I'm talking to you, because that is you. You is a shopper. HERE SHOPPER! COME HERE SHOPPER, COME HERE BOY! See? You're right here - bam, case closed! It is also me, because I also came a runnin (Hey it could be free cookies!) and everybody else who ain't us, who's not here or who ran the other way - we're all shoppers.

It is a term that describes the second largest collective group of humanity known to humanity. (1st place goes to people who have dropped an empty soda can on their toe and cried 'OW!' and felt embarrassed but hey man, that really freakin hurt.) From Osama Bin Laden and The Unabomber (Don't believe me? Shack curtains -helloo) and the neighbor lady who makes beaded jewelry and smells like an unplugged refrigerator to Jerry Springer and Wilhelm Springer and everyone in Havre, Montana, we have all dropped something on our foot - and to a lesser extent, shopped.

But what does it mean, to be a shopper?

Scientists from The University of Scientists at Scienceville have been targeting, kidnapping and studying people from Wal-Marts who were wearing tube tops and bib overalls and t-shirts that say "You say Bitch like it's a bad thing" (eventually turning them loose, almost unharmed, at convenience stores) since 1982, and have developed the following definition: "shoppers" is anyone who buys stuff, "stuff" is "$@&#" posing as gifts, and "posing" is what scientists do as supermodels, to augment their income.

Score one for the eggheads - let's see if we can unravel this next one ourselves; as shoppers, then, what types of stuff, gifts or $@&# do you, me and anyone who is not Amish, shop for? Logically, we buy stuff that we think we need or that we can use, or that we want. Illogically we buy bobbleheads.

Then once the stuff that we bought is used up, or is a treadmill, we throw it out and buy more stuff, because something has to go in the space where it used to be. That's why we invented houses (something that's both "stuff" and a holder of "$@&#," from which the French term "mortgage" was coined) As George Carlin once said, "A house is just a place to keep your stuff while you go out and get more stuff." And there's your explanation for the housing crisis.

We've established that we are shoppers, we are stupid and that the French have different words for everything.

But where does that leave us, as a society of shoppers, besides waiting at the check-out counter, wanting to smash the cell  phone the check-out person is talking into ("God it's slow - I'm just ringin up some fat guy.") into their head while they're inaccurately ringing up our $@&#?

It leaves us holding the bag, my shopping minions - great paper or plastic bags stuffed full of fear and trepidation and underarm and lip sweat normally associated with a senator at a Tea Party, fear fueled by mounting evidence that, in spite of the best efforts of Sam Walton and Ray Kroc and Billy Mays (whose efforts got them killed) and families crammed in station wagons in mall parking lots selling genetically-unrecognizeable puppies ("$15 inkludz shotz!") we may actually be running out of stuff.

Exhibit #2: On a McDonald's sign not far from Target, I read,"We're out of Big Macs - why not try cooking at home?"

Exhibit #3: "You traded for what's behind door #3, where Carol Merrill is standing, and it's...nothing!"

See what I'm saying? We're running out of stuff!

We are in a major crisis but you wouldn't know it, with the Pollyanna news media and their rosy colored "no wars, no unemployment, no global warming, everything's great!" reporting - don't you buy it! Or anything else! Because we're running out of $@&#!!! You can tell this is serious because of all these exclamation points!!!!!!!!!!!

The key for our shopper survival is to suffer through the next six months with the stuff we have on hand - in spite of every intuitive neuron in our body that screams for us to buy stuff! Now!

This will give international and U.S. manufacturing conglomerates time to round-up school kids and illegal immigrants and get their factories churning out products 24/7 (or even 28/9, if we can get Congress to pass a bill expanding time) so that our nation's store shelves can be full of $@&# again. Shoppers, let's root them on! "LET'S GO! GO! GO! COME ON! COME ON! MAKE $@&#! YEAAAAA!"

Otherwise, mark my words (with a used marker, please) the day will come when, to paraphrase that famous ode to shopping, "Casey At The Bat":

There is no joy in Scienceville - the un-used checker, has clocked out