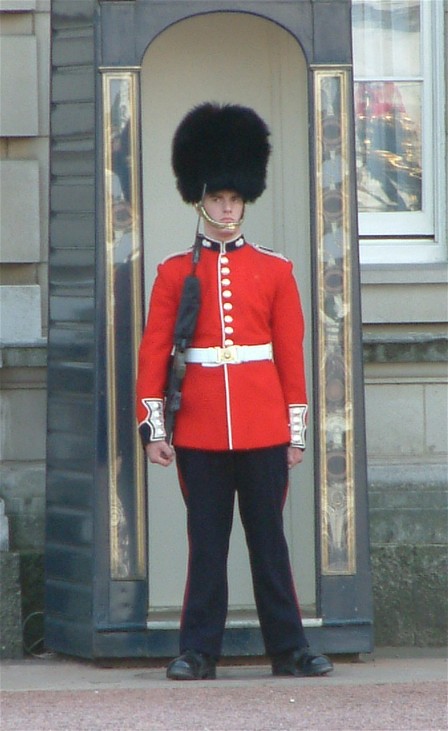 A tourist's trip to London usually involves a visit to Buckingham Palace, where attempts are made, sometimes successfully, to get one of the otherwise stoic Palace guards to laugh. (Click inside these parenthesis to read a clean but funny top 10 list of "Things You Don't Want To Hear At A Tattoo Parlor," that will make you laugh.)

A shopper's trip to Hy-Vee Convenience Store on Mills Civic Parkway usually involves a visit to the check-out counter, where any attempt to get the jovial Jim Kidd to frown will be an utter waste of time.

Stop in and try it. I (fresh-baked) double dutch (cookies) dare ya.

It will be particularly difficult now that Jim has been officially declared winner #5 in The Smile Project.

As soon as I stumbled through the entrance to the Hy-Vee Gas Station at 665 South 51st Street in West Des Moines on Monday afternoon, temporarily blinded by the twinkle reflecting off Jim's constantly exposed toofers, I figured we'd have a winning grin.

All Jimmy had to do was keep his chortles super - charged, until I grabbed a snack and sashayed towards the counter...

47 seconds and a counter-clockwise jaunt around the convenience store later, Kit-Kat and Diet Caffeine-Free Diet Pepsi firmly in hand, Whoomp! There it was! The big ole grin of big ole Jim!

As he smilingly scanned my Kit-Kat bar, Jim said, with a voice that must be what Santa Claus sounds like if he ever stayed long enough to chat on Christmas Eve, "These are really fresh. I just put them out."

He could have told me they'd been air-dropped out of a helicopter that left Willy Wonka's Chocolate Factory earlier that morning, and I'd have believed him.

I quickly whipped a twenty and a fiver out of my wallet's secret IN CASE OF SMILE compartment (To paraphrase Foghorn Leghorn, fortunately I keep my money numbered, for just such an emergency.), put the cash on the counter, and told Jim why I appeared to be overpaying for my candy bar and soda by $21.89.

"You gotta be kiddin," Jim Kidd(ingly) said through a smile that did the seemingly impossible, and actually increased in size.

He turned and looked behind him at store manager Mike Barger, who was watching and listening in, wearing a pretty good-sized grin of his own.

"Is this legal?" Jim asked the boss.

"Sure it is," Mike smartly replied, without feeling compelled to crack open the Hy-Vee manual, under Weird Blogger: Contests.

I asked Jim what his title was. Before he could answer, Mike chimed in: "Chief smiler!"

That's a management position, Michael. Jim, I'm thinking that's at least a 40% pay hike. How about you??

Jim told me he'd managed quite well in previous customer service positions, but that "this" - meaning "this greet for show, smile for dough" dealio - was something new. "Nothing like this has ever happened to me before," he explained. 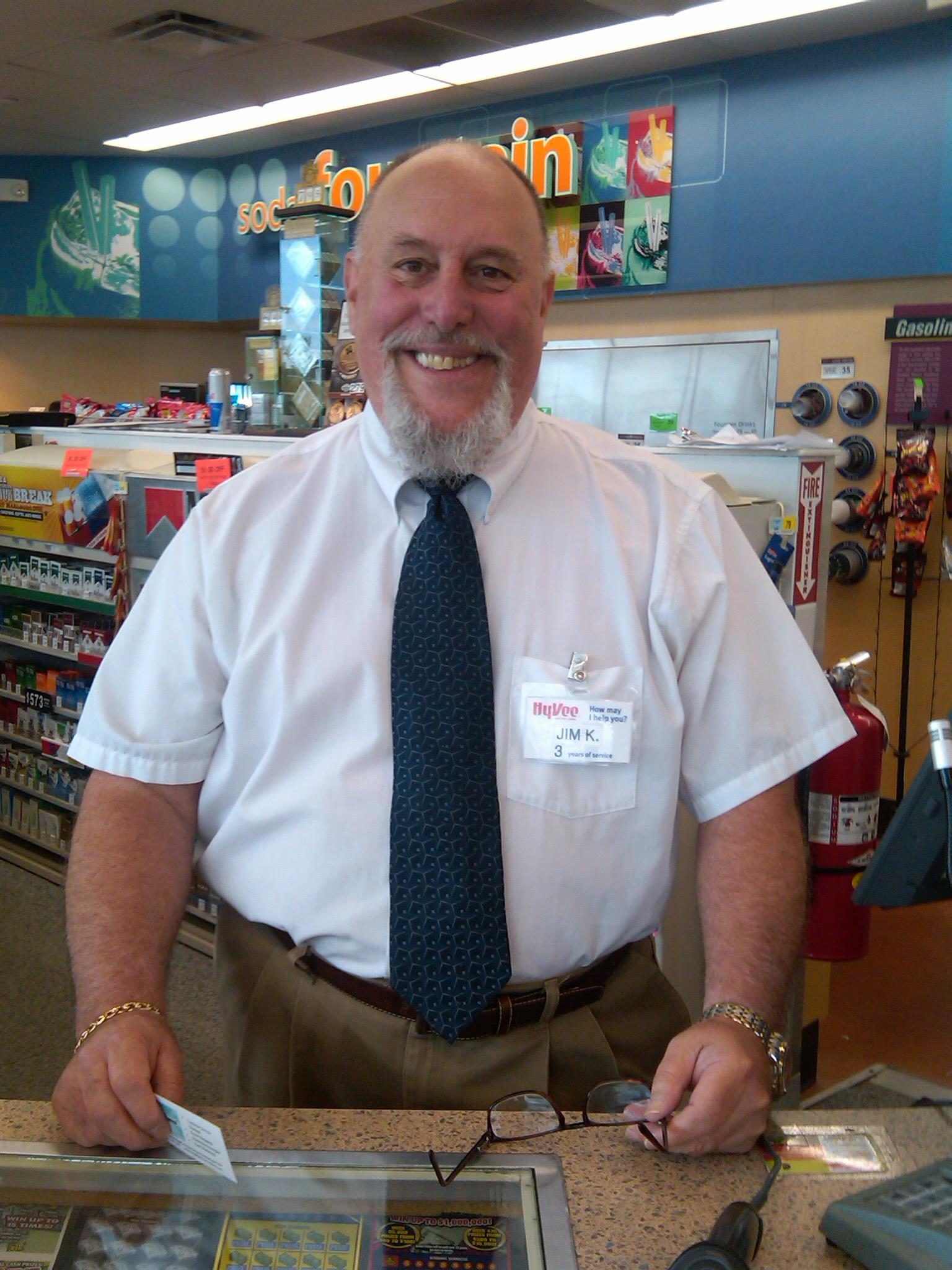