The Dead Bird Test: Can Any Business Pass It?

We are curious people, us peeples. Things happen and we wonder,"why?" Like, why is so much snow falling during global warming? Why does Lindsay Lohan keep making movies? Why do employees allow a dead bird to lie, rotting,  in front of the entrance to their restaurant for two weeks?

I have a fear that the answers to the first two questions are related - we'll see.

My job - as a customer service evaluator - is to know the answer to the last one. Especially since I put the dead bird in front of the door in the first place.

This is now known throughout the Galaxy as "The Dead Bird Test." 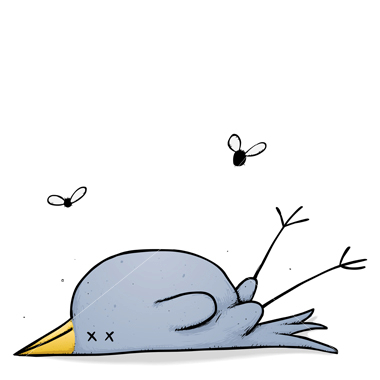 Some tests grade on a curve and most give you credit for guessing. Except field sobriety tests, the "If your mother and I were drowning, which one would you save?" test and The Dead Bird Test - all strictly pass-fail.

I plopped down the bird carcass to see if employees were seeing their workplace the same way we consumers do. They weren't. This became the core of our customer service training program - walk in the consumer's shoes and see your working world through their dining eyes.

It is impossible to teach emotions - like empathy, pride and a sense of ownership. We either care or we don't. A business owner can clamp down with checks, balances and any array of left-brain customer service procedures, but in the end it's all about human choice. An employee either wants to do it and does, or doesn't want to and won't. That choice reverberates throughout the entire structure of a company, dictating its future success or failure. 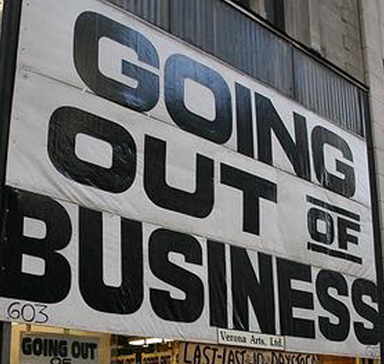 The dead bird was the tip of a diseased flock. The restaurant dive-bombed into bankrupcy, through a systemic failure of hundreds of Dead Bird Tests that cost employees their jobs and an owner, his livelihood.

It's never a pleasure, giving bad news to owners. The pleasure comes from helping save them, or teaching them how to save themselves, or at least pointing out the problems so they can be addressed by someone else.

That's what I do. That's my job - trying to save businesses before they die from a customer service version of the avian flu.

Another series of Dead Bird Tests did just that - for an entire city - or at least helped.

Living in a city outside of Des Moines a few years ago, I was concerned that city employees weren't being terribly friendly or helpful - a concern shared by others in the community, expressed in several stories and Letters to the Editor in the local newspaper.

I decided to give city staff a series of Dead Bird Tests - to see how bad the problem really was.

Admittedly I was also looking to grow my consulting business at the time. If there were chronic problems I wanted to be able to prove it with more than just my word. So I bought a body video camera - about the size of a pack of smokes. It videotapes through a camera lense shaped like a button on your shirt.

Starting with a simple DBT, I went to a nearby skating park, threw some trash against a fence, called the non-emergency police number and complained about some kids at the park "making trouble."

He was friendly and empathetic. "Kids just have no respect these days," he said.

No, I agreed, they certainly don't.

We both stared at the garbage against the fence for a few minutes, making small talk. So far, so good. Then he said, "I'll get somebody down here to clean this."

Whoops. We're not talking about wreckage from a 727. Just some newspapers and paper plates and whatever else was in my Hefty bag from home. I figured he'd probably say something like, "Why don't we grab this stuff before it blows all over?" and we'd have it done in two minutes.

Helping him cheat on the test a bit, I said "I have a garbage bag in my car."

"No, that's okay. We'll let somebody else deal with it."

Somebody else on the city payroll - apparently from the "Park Refuse Control Unit." 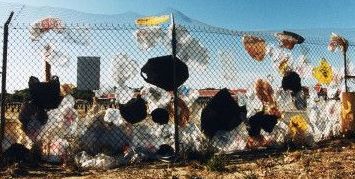 I waited a few hours for PRCU to be dispatched, then checked on the garbage every day for a week. Like the dead bird, it stayed there - until I cleaned it up. Yes, "somebody else" dealt with it. This is part of my life as a customer service evaluator - staring at dead stuff.

A city zoning person also flunked. She explained to me that I, a "new resident looking to start a business in the downtown area," should avoid specific areas of the city because of their "economic and ethnic makeup." Whoops II. And III and IV.

That Dead Bird Test and others - all caught on tape and played privately for the shell-shocked Mayor - convinced him that the city could use some customer service training.

They brought in nearly 200 city employees for a seminar. The first guy was literally a comedian. He had the entire room erupting in laughter.

I spoke next. Here's some things we can do to improve the way we interact with residents and...

The city's doing better - or as good as any city in Iowa is doing in this economy.

A Dead Bird Test, you may have noticed, is often about cleanliness - and does not have to be set up intentionally.

When's the last time a woman you know, went back to shop at any store of any kind after she used their bathroom and it was filthy? That's flunking the Dead Bird Test. If someone vomited on the front door of a business and employees left it there for two days, would that be a big enough issue to keep you away forever? Apparently it was for another Des Moines restaurant, which also featured a patron stumbling upon two employees having sex in a back room. (Read "The Shoppers Hall of Shame" post.)

Do you shop at a store, own a store, or know of someone who does, where employees are flunking The Dead Bird Test?

Jonnie Wright is a customer service trainer, marketing strategist and ad writer. Email him at jonniewright@thebuyosphere.com.