The Day I Met Jesus 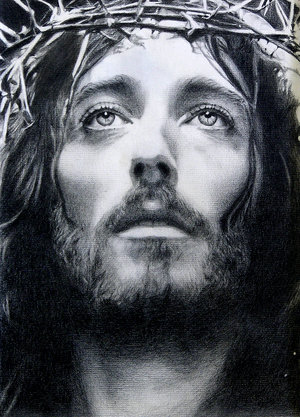 I was 11 years old. I was sitting in a small room inside a small church (Faith Baptist) inside the small town (Cambridge) where I grew up.

I was there that morning because I felt lost.

My grandma Dorothy had died that spring after losing her battle with brain cancer. Watching the strongest person I'd ever known be destroyed a little bit every day for months in front of my eyes had taken a toll. I was still fighting the fact that she was gone. Chuch seemed like a place I could go where I could rest, and stop fighting for a while.

Pastor Mason asked people in the congregation that morning to step forward, if they hadn't been saved. I wasn't certain what being saved was, or if I was, but it sounded better than the way I felt, which probably meant I wasn't.

My Bible in my hand, my heart in my throat, I shuffled, head down, down the length of the pew, then down the center aisle, towards the front of the church. The eyes of a hundred parishioners were on me. It felt like the bravest thing I'd ever done.

Another unsaved person made his way to the front of the church. I stood beside him, shaking. The two of us looked up at Pastor Mason, who had us bow our heads and pray with him. He then had each of us go off with a church member, into a private room.

Ron Hodges went with me. I got more scared. Ron was a nice man, but the strength of his faith was intimidating to me. I must have been in bad shape. We're sending the kid in with the best we've got.

Ron asked me to open my Bible to a specific chapter and verse. He read from it.

As he spoke, a chunk of ice fell from my heart. I began to cry, then sob. It was the first time I'd let go since my grandmother died.

Ron said "amen," and we opened our eyes. I looked up into his. They were soft, gentle, understanding. In that moment, I loved him. He handed me a pen, and told me to write something down.

I wrapped my chubby 11 year-old fingers around the pen, and wrote:

The Bible is long gone. The words are still written inside me.

I met Jesus again, in the early 80's, at a week-long Christian seminar at The Polk County Convention Center in Des Moines.

I was there because I felt lost.

I'd practically flunked out of my senior year in high school. College was looming, and I would be leaving home for the first time. I fought constantly with my mother - at one point calling her the worst word you can call anyone.

I felt completely out of control.

Greg Grove, my high school choir teacher and a man of deep faith, had signed me up for a seminar by Bill Gothard, a nationally renown Christian speaker. During one of the sessions, he talked about the idea that the pain we feel in the moment doesn't come from the moment, but from painful moments we've not dealt with in the past. He said that until we've dealt with that previous pain, we could never truly be happy.

I looked down into the workbook, where Bill's point was highlighted. The words disappeared. I thought back to Independence Day, 1976, and to all of the pain I'd not dealt with since then.

Sitting in a chair in an aisle at the Convention Center, I closed my eyes and asked God to forgive me, and for Jesus to come into my heart. The tears came, for the first time in years. 100 pounds slid off my shoulders.

Jesus and I crossed paths again: 4am, January 21st, 1990, in a basement apartment in Sioux Falls, South Dakota.

There was pounding on the door. It was my Aunt Candy. She'd driven the 265 miles from Huxley to Sioux Falls to tell me something.

"Your mom is dead. She killed herself."

My tears became gut-wrenching sobs that doubled me over until I threw up. I tumbled down a bottomless cavern, screaming Jesus' name as I fell. I shattered into a million pieces, then later, invited the wind to scatter me everywhere, until I was gone.

I crisscrossed the country, moving 25 times in 10 years. I became a liar, then a thief, then a glutton, then a whore.

On a cold January night in 2003, not far from the anniversary of my mother's death, I sat in my apartment on a couch in front of a fire, beside a woman I hardly knew, about to do with her what I'd done with dozens of other women I'd hardly known.

As I leaned in to her, she gently put her hand against my chest, and said, "Aren't you tired of this?"

I glanced into her eyes, then looked away, and into the flames of the fire. I stared at it a long time. The fire provided no warmth. I began to cry.

I turned back towards her.

Her eyes were dry.

"Aren't you tired of this?" She said it again.

It wasn't her voice. It was the voice of God.

I answered - not as an adult man, but as an 11 year-old boy, being asked if he was ready to accept Christ into his heart.

I began to try to put the pieces of me, back together.

For the first time in my life, I'm thinking about Jesus, and I'm happy...so happy that I met him.