If I asked each of you to make a list of businesses that offer great customer service, I'd bet you dollars to blog posts that "KCCI" would appear way down the list - as in, "not on it, because that's stupid."

That's reasonable. KCCI isn't a mall, a store, a kiosk, a lemonade stand or a station wagon full of puppies for sale in a Walmart parking lot. If they sold women's separates at KCCI, you'd think we'd have seen Stacey Horst in a The Horst Collection soft focus TV ad by now.

I'm not even sure they have trinkets to pimp or give away at KCCI's front desk, like little Weather Beacon Key Chain Flashlights that shine red, white, green and blinking lights, or With Love, Andy Garman autographed hockey pucks, or Karlin Covers Iowa State Map Puzzles, with each county piece embossed with a caricature of Steve's head, wearing a huge grin beside a word bubble filled with some folksy greeting, like "How y'all in Chickasaw!" or  "What up, Winnebago!" or "You're all-righta, Ida!" or "Keokuk, you suck!" to see if anybody's paying attention. (The entire merchandise list can be found by visiting www.koolkccikrap.com, which doesn't exist.)

Too bad they've never asked me about this.  I could have made The Hearst Corporation hundreds. 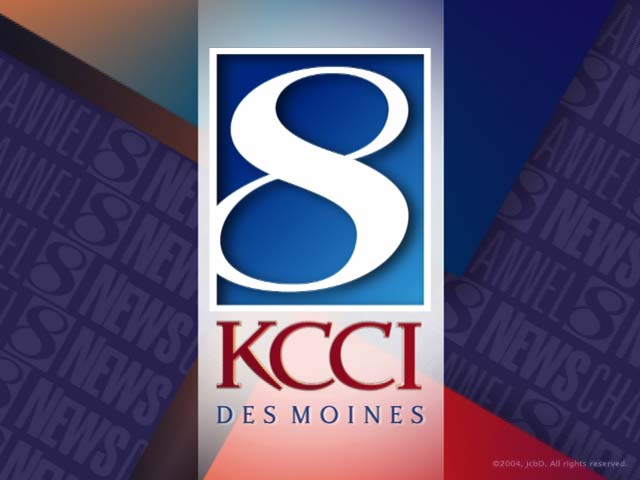 After last week's extraordinary experience at the KCCI studios, I'm revising my own list of places where the service is boffo, and putting the TV station up near the top-o.

Before you start writing your own smarty pants list titled, Rumps Jonnie has kissed and put "Kevin Cooney" in 1st, let me say, Cooney-gorically, that you're right.

Actually, Kevin started the smooch-a-thon by calling me Thursday afternoon. He was very kind, and complimentary of The Unsecret Shopper blog, which he said he'd been reading for months. I extended my sympathies. Then we agreed to get together and do an interview for his Sunday Newsmakers show.

The show was taped on Friday and aired on Sunday. I had a blast, and hope no one who watched was permanently injured. Litigious inquiries can be submitted by visiting...oh never mind.

While the show is over, and Kevin's out searching for his next news maker, what hasn't stopped, for me, is everything else that happened around my thankfully limited time on camera.

I've been on TV before, and not America's Most Wanted. Being shot (again, not AMW) is fun, exciting, something cool to share with friends, family, trainees, managers and business owners who will most likely never get to experience the thrill of the glare of studio lights and television cameras.

But it was the peripheral stuff, the stuff before and after the shoot, that's stayed with me. What I experienced in those moments is worth retelling here, as it is, in most ways, a blueprint for how retail businesses should be doing their business.

Let's use the four of the five great pillars of customer service that I use in training - smile, greet, engage and thank -  as a template, to see how KCCI did, just like I was going there to shop for a Kurtis Gertz Bobblehead. 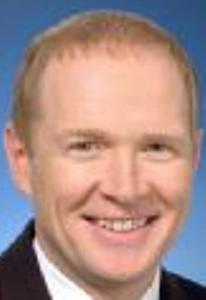 1. Did they smile as I entered?

Linda, the KCCI receptionist, hit me with a cheek to cheek grin that barely fit her face, the moment I walked through the auto-sliding KCCI building front doors. How often do you get that as you enter an office, a store, any business?

2. Was I greeted as I entered?

Quicker than you can say, "We'll be right back with John Mclaughlin's hotter than a sweatband in a fireman's helmet forecast," Linda blurted out, "Hi! How are you?" and meant it.

Can you remember the last time you were greeted like this, upon entering a business?

As soon as Linda got off the phone, she started asking me about the warm day outside, and talked about how much she was looking forward to being out in it, after work.

Again, think about your retail day - the convenience store clerk, the car salesperson, the bank teller. How often do any of these people, ask you, about you, and tell you about themselves?

5 minutes later, I got a second helping of smile/greet/engage as Kevin approached, hand outstretched. "Hey Jonnie, how are you? Great to finally meet you in person!"

He led me to a conference room, where we had the most wonderful conversation about KCCI.

Kev and I talked about the station's history, about past personalities, about their recent reunion, about who showed up, who couldn't make it, and who had passed on. He described his early days as a young reporter, plopping himself down in TV-8's anchor chair in 1982 and staying there for 30 years, about the on-air staff who had come through their doors since - those who were happy broadcasting campers, and those whose personalities didn't always mesh with management.

I reminisced about playing tennis with the late Paul Rhoades (who passed away in 2007) and once serenading the still quite alive Kathy Soltero, who now sells real estate in Colorado. I told him the story of walking up to the entrance to the old KRNT TV studios one cold, dark winter morning to tape a Church Of The Air show featuring my hometown Cambridge Baptist Church, and being scared out of my 8 year-old Buster Browns, by a huge hulking backlit figure, who turned out to be the gentle Russ Van Dyke, KRNT's famous backwards temperature-writing weather guy.

I'd see the exact same image again, a year later, on the movie poster for The Exorcist - a connection that Russ would have hopefully laughed at, as Kevin certainly did. 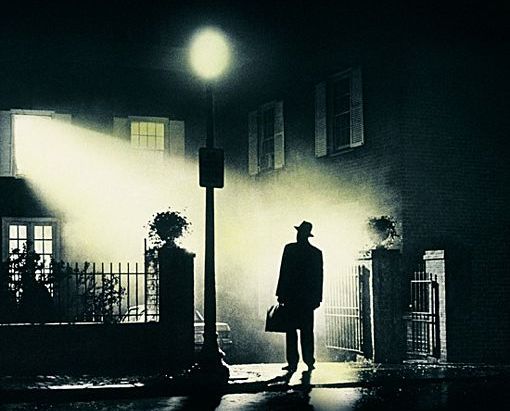 Kevin's engaging ways continued, as he introduced me to Ron, the show director, along with the teleprompter operator and another person working on the floor, whose names I obviously don't remember, but whose smiling faces and laughter, I'll not soon forget. 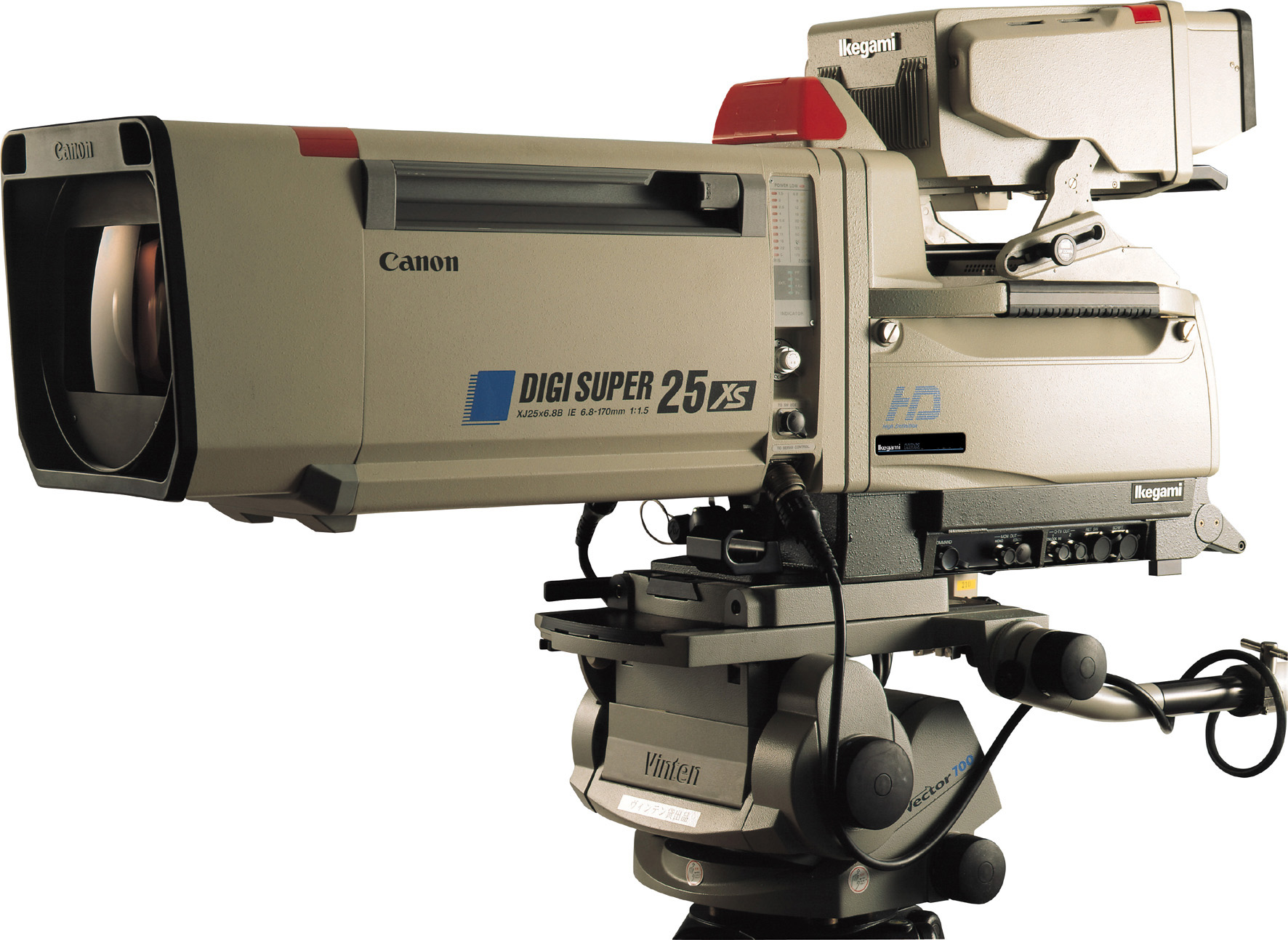 After the shoot, Kevin continued the full court engagement press, giving me a mini-tour of the facility, and introducing me to staff, like news director Dave Busiek, who I'd never met and who was wonderfully engaging and gracious, and Dana Cardin, who was just as nice but couldn't quite recollect that we'd met before, during a story he shot during a morning radio show bit I did in the mid-90's, involving racing rats, frogs, dogs, pigs and disgruntled postal workers, to determine who would win that next day's Iowa-Iowa State Football game.

Kevin, Dave, Dana, the floor crew, Linda, were all thank-you machines, expressing their gratitude to me for coming in, and for not being potty-mouth on-camera.

Smile, greet, engage and thank - the entire staff at KCCI, did it all. Name the staff, and the business, who does it at all.

Yet, if I'm going to evaluate KCCI on a "retail" basis, we can't forget 5. The bathroom... 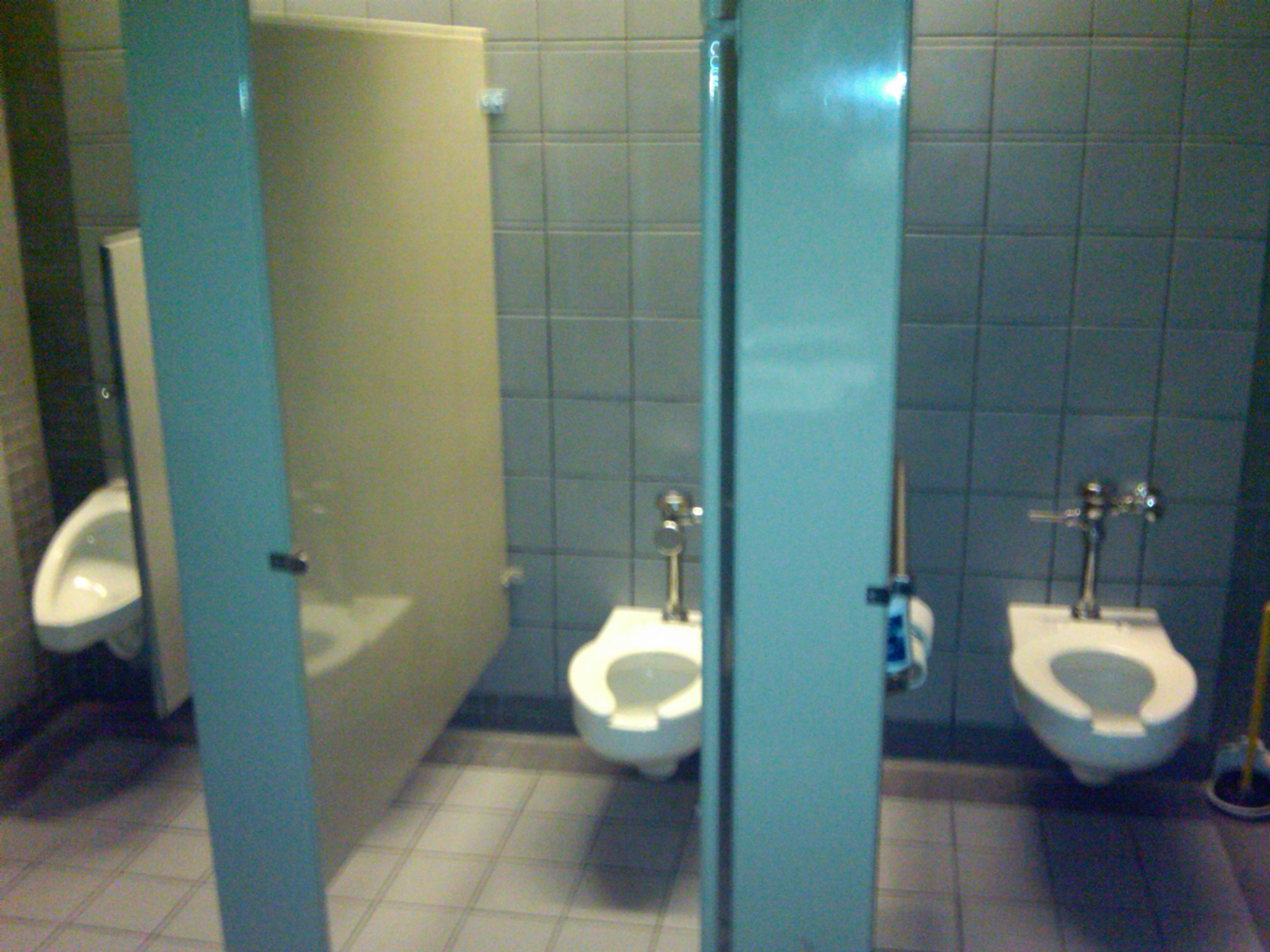 It was spotless. Do TV people even have bowel movements?

Sure, maybe it's a bit of a stretch - perhaps even one as big as The Weather Beacon is tall (200 feet) to talk about KCCI as if it plays in the same sandbox as Hy-Vee, Home Depot and Best Buy.

Yet consider this: Just like the stores that sell salad dressing, shingles and CD's, KCCI also has a commodity to sell  - its personalities, and its programming.

We "buy" by tuning in. The "money" we spend is Nielsen Ratings, which KCCI NewsChannel 8 has dominated for over 30 years. Those ratings translate into real cash, that advertisers - like Hy-Vee, Home Depot and Best Buy - spend (and a lot of it) to have their ads air, during the highest rated local news in the country.

There are multiple layers of "customer service" being offered here by KCCI, along with tremendous ratings and revenue success. Are they related?

Viewers obviously enjoy the smiling, greeting, engaging "Fantastic Four" of Kevin, Stacey, Kurtis and Andy. I was in broadcast-hog heaven, being engaged by Kevin and the rest of the KCCI staff. NewsChannel 8 generates high ratings and massive revenue for the station. Is all of that, just a coincidence?

Perhaps Kevin Krause, the Senior VP of Marketing for Kum and Go, said it best, when he told me that "A store's customer service rating has a direct correlation to that store's revenue. The higher the ratings, the higher the revenue."

Working for a Convenience Store leader, one Kevin knows it. Working for Iowa's News Leader, another Kevin does it.

Now let's hope business owners are tuning in, and get it.