Hope you had a wonderful celebration of the resurrection of Christ, and continue feeling the joy of finding "very well hidden" eggs and candy, through about June. (Latest we ever found a stray egg when I was a kid? The following Easter)

Speaking of Easter and hiding stuff, did any retail store you shopped at this past week, make your shopping experience uber "be a kid again" fun putting discount coupons and freebies inside plastic eggs and hide them throughout their store, for you to find? Please tell me that some store's employees were at least wearing fuzzy bunny ears...no??

Some gems to be uncovered in today's MMR include comments from readers on last week's Secret Shopper review of the Department Of Motor Vehicles, feedback on the YMCA and Wal-Mart customer service stories, plus a reminder that cops need good customer service skills, too - and an example of the ultimate customer service - in Odds and Ends.

There's also a few audio highlights from Saturday's Unsecret Shopper Radio Show, including a very silly tribute to bloggers plus interviews with Mike Sansone, smart blog coach and Ron Haugen, smart business owner. And finally, there's a reminder that irony and stupidity sometimes combine to create something that appears to be human genius - while credit likely belongs to a higher power. 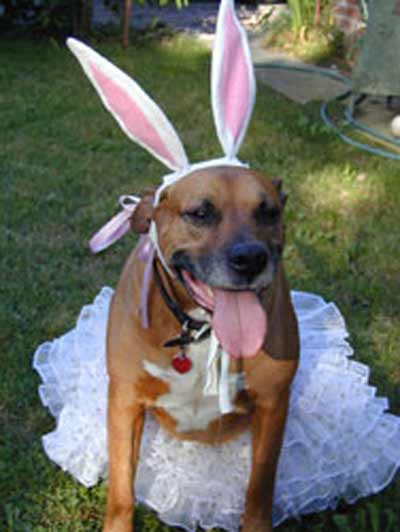 Time for your comments. 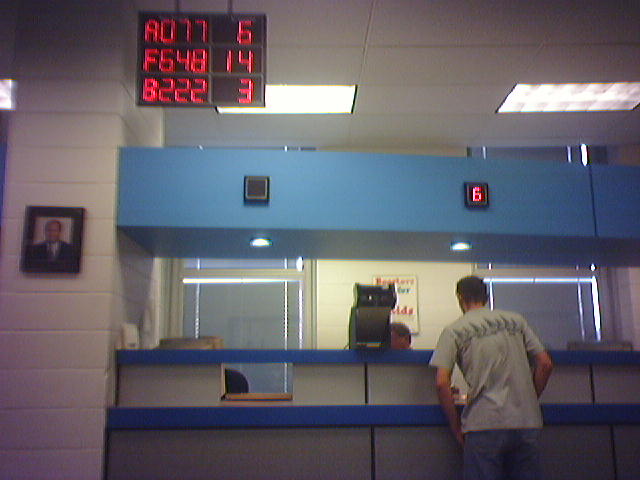 "OMG! That is the funniest ever! Joanna is so dorky lookin’. receiving the flowers caused me to laugh until I just about wet my pants. When she/he has cream on her/his face and cucks on her/his eyes…well I about wet my pants laughing that for the second time. One note of caution…you are NOT cut out to do drag."

"A word of advice - pink just isn't your color."

"Just want to say that the people at the DMV in Ames are wonderful! I (we) have never had an issue there. And they are always patient."
-L
"Love your stuff."
-M
"Don't you think this article diminishes your credibility, especially with business owners?"
-B
"The staff at the new Ankeny DMV are much nicer than the old place."
-S
"I don't care how you dress, you still have to wait forever, and the people are rude."
-C
"I also had a good experience with the west DMV in Ames... but next time I will bring my pink gloves for even better service."
-J
"I saw you the day you came into the DMV wearing the dress. There's something really wrong with you."
-E
"I like the new building but I agree, the place is freezing."
-T
"As much of our tax money as they wasted on that new DMV, you'd think they could spend a little more on getting people through the lines faster."
-R

Comments on "John, The YMCA, Great Customer Service And The Power Of Autism." 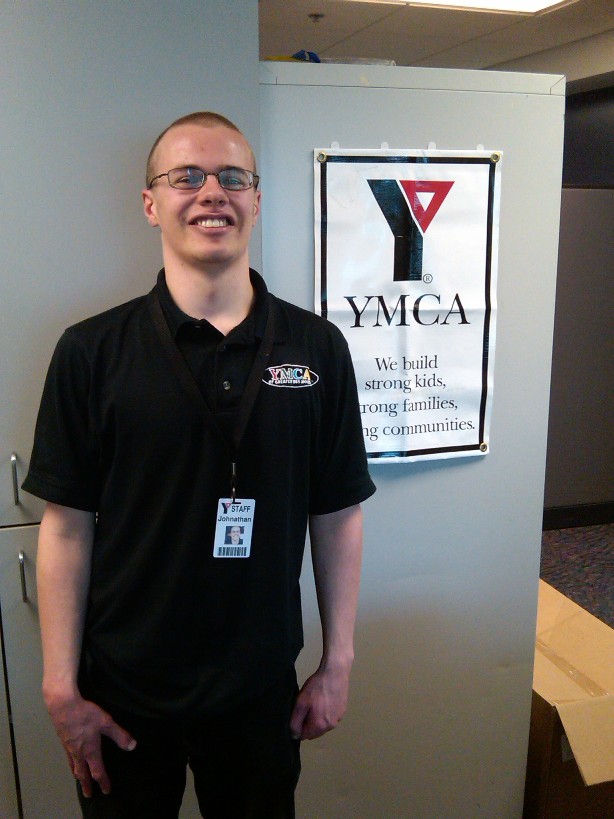 "Oh Jonnie you have just made my year. My son, Ben, is autistic and at age 11, he sounds much like John . My biggest concern as a mother of a child the autism spectrum is his ability to make his way in the world after I am gone. Yesterday was World Autism Awareness day and lots of my Facebook friends wore blue but none could answer the nagging ... See Morequestion about what the future holds. You did today -- thanks for telling John's story in such a poignant way and further, thanks to John for letting you tell it -- real so I could find the message in it."
-B
"I’m trying so hard not to post again but you are so engaging…. so I’ll leave this at a short note. High Five for John from me next time you see him. I wish more folks hummed Fur Elise…. and I’m waiting for a book from you Jonnie."
-J
"Thank you so much for this one. My 13 yr old son Michael has asperger’s. He can be one of the sweetest kids and friendly too. But he also has his moments. I wish he could spend time with John or other young adults like him so he can see there is hope of a normal life. He gets really disgusted with other people sometimes, because they don’t try to understand him enough. So do I!!! There is a huge lack of education within the schools as far the teachers, staff members and other students. The way he’s been treated just because he’s not quite like everyone else. Then there are the people that assume you are a bad parent, have a bad child you should beat. Those are the ones that also think autism is a conspiracy doctors and drug companies came up with to make money. (according to my mother-in-law) Would love to hear more about John any time.

"Those with autism are, as you said, the blessed angels among us."

"My son is 10 years old and has autism. My wife and I worry about his future yet we are hopeful that his might be better someday. Thank you for your article - they are truly words of hope."

"I read your blog to my son Jason, who has severe autism. He made his "laugh" sound as you described John's love of music and I know in my heart it touched him. Later I could not stop crying. Thank you for also touching me."

"Yesterday I shopped the Wal-Mart where you shopped. (on 73rd street) I don't think they've read your review."

"You think Wal-Mart employees are rude, you should try dealing with their self-righteous customers. Your “review” has its truths, and also its mislead beliefs. I wish I had the free time to do what you do."

"What are you trying to accomplish by secret shopping these stores? It's not like anyone's going to listen to you and suddenly stop shopping there, just because you say it's bad."

"Thanks for the head's up on Wal-Mart. I always ignored how rude their employees are and continued shopping there. Now you've convinced me to spend my money where people are nicer."

"You made fun of bloggers on your radio show (on Saturday) for writing about things no one cares about. Like your review of Wal-Mart? You must have been describing your own blog."

Thumbs up to Applebees on Mills Civic Parkway and specifically to Gayla, the restaurant manager who executed a life-saving Heimlich maneuver on a customer on Saturday night - a nine year-old girl, no less. Talk about unbelievable customer service. Click here to read the amazing first hand account by the mom who watched in horror as her daughter was choking to death - and was saved by the heroic actions of a quick-thinking, well-trained employee.

Thumbs down to the law enforcement official who found it necessary to loudly express his displeasure (even while employees guffawed) with the middle-aged man who was slipping off his jeans from under his VERY pretty pink dress (with running shorts underneath the jeans) to get the "Joanna" shot outside the entrance of the DMV - like I had a dozen sticks of dynamite strapped around my waist instead of a two dollar Goodwill dress. 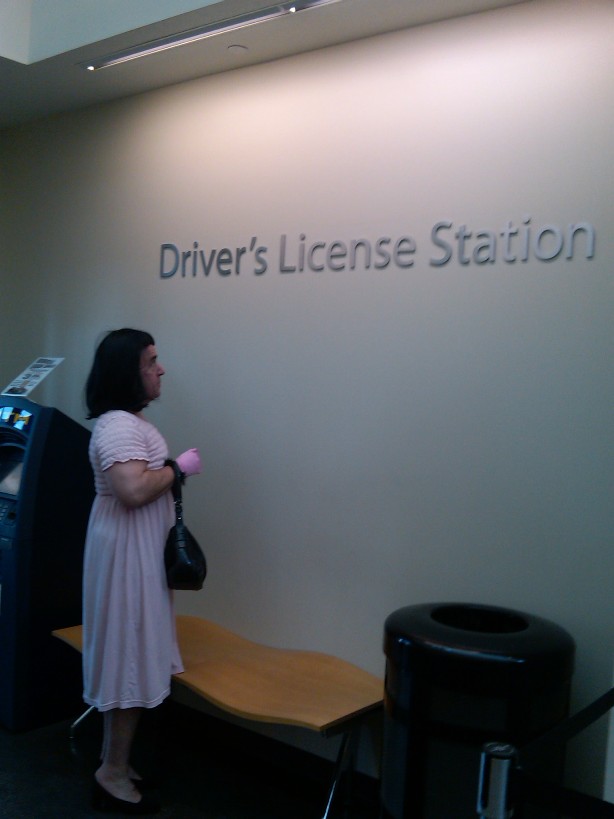 When I apologized profusely and told him I was doing a quick photo shoot for an April Fool's story, that seemed to make the patrolman angrier, who then loudly replied, "Well whether that's true or not..." Please tell me you had this scenario at the Academy...

Obviously a cop's job, like many others, can sometimes be a drag. 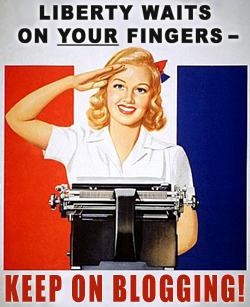 Do we have any fellow bloggers reading this one - who work tirelessly to provide a constant stream of updates and insight into their particular passions, for their reader(s)? That was the theme of Saturday's "The Unsecret Shopper Radio Show." I've included some audio from the program that you might find entertaining.

Lastly - I hate to admit to being stupid, but it's for a good cause.

Several readers of "John, The YMCA, Great Customer Service And The Power Of Autism" (which I posted on Saturday) mentioned that Friday was World Autism Awareness Day.

Here's the irony - I was unaware, as in, "was entirely clueless," that Friday was World Autism Awareness Day, or that April was National Autism Awareness Month, or about a thousand other things from last week including that cross-dressing is illegal in government buildings. In fact I did the interview with John over a week ago, but decided to post his story on Saturday.

Wow - that kinda blows "ironic" out of the water, doesn't it? And while yes it's true that a broken clock is right twice a day and the only true wisdom consists in knowing that one knows nothing, I prefer to think of what happened as the living, breathing proof that my good friends who don't believe in God, just aren't paying attention. :)

Jonnie Wright is a customer service evaluator and trainer, professional secret shopper, marketing strategist and host of "The Unsecret Shopper Radio Show," which airs Saturday mornings 8-9am, on 1350 KRNT. Email Jonnie at jonniewright@thebuyosphere.com.