Have You Driven A Toyota (and survived) Lately?

I was driving my Prius just now when the steering wheel came off in my hands so before the wrecker gets here I thought I'd write a quick post on my Blackberry about how companies handle the bad publicity that comes with making products that can freakin kill us.

Today it was announced that The Camry Sedan is the latest in Toyota's "Pick A Car! Any Car!" recall game, joining Prius, Corolla - I can't type fast enough before they add another one. The President of Toyota said he "may" come to the U.S. next week "to tackle criticism that his company moved too slowly on earlier recalls." He also suggested all current Toyota owners "should get their affairs in order" and "don't start any long books."

"May?"??? Here's a better idea Mr. Toyota owner. Instead of coming to the U.S. waaaay too late to really matter, take the infinity quadrillion dollars in Toyota profits you've made since Noon last Wednesday, build a time machine, go back to the first time Toyota owners started screaming about brake and steering problems and, instead of blowing smoke up the owners' exhaust pipe that it was a stuck floor mat, announce a massive unprecedented recall of every vehicle. 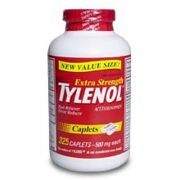 That's what smart companies do when they screw up. Like when NBC pulled the plug on Jay Leno's new show after only two weeks because the ratings were bombing and advertisers were jumping like fleas off an electrocuted skunk. Or when Coke flushed New Coke less than three months after it replaced Coke Classic and Pepsi's market share jumped 50%. Or in 1982 when, within five days of the first reported case of cyanide poisoning (there were a total of seven) Johnson and Johnson recalled every bottle of Tylenol in the U.S. - 31 million bottles worth over $100 million.

When you're a business and you shoot the messenger/consumer, as Toyota did at the beginning of this growing fiasco, you run the risk of the messenger/consumer shooting back. By dragging their feet, Toyota has also shot itself.  Toss in a struggling automotive industry and an anti-foreign sentiment from American consumers (and workers) and we may end up driving the Ford Prius. Regardless of Toyota's response moving forward (really fast, if you're driving a Prius) the damage has been done - not just short term but to the long-term legacy of the Toyota brand.

And most of this could have been avoided. When somebody makes a mistake, all we want is for them to admit it, own up to it, apologize and make things right. Human beings are very forgiving. So forgiving that Coke and Tylenol both own more market share today than they did at the time of their "mistakes." And Leno will have higher ratings than he did before he was moved to prime time - just watch. I'm sure you will.

He'll probably have a few jokes about Toyota.

Jonnie Wright is a marketing consultant and customer service trainer in Des Moines, Iowa. Email him at jonniewright@thebuyosphere.com

Next time: Is That Processing On Your Face Or Are You Just Unhappy To See Me?